Eating For Your Health

Going on a strict paleo diet can be an excellent way to live a healthier lifestyle and enjoy increased energy levels. However, because paleo involves following some complex rules regarding what to eat versus what not to eat, it's important that those considering a paleo diet take the time to fully understand it before getting started. Read on to explore a few of the most common "newbie" mistakes people make when starting a paleo diet and how you can avoid them to ensure the best results.

One of the most common reasons as to why people "fail" with a paleo diet is that they simply didn't go into it with enough preparation. When you're on a paleo diet, there's a lot of temptation to "cheat" because the majority of the food that's sold out there is not paleo friendly. Therefore, if you're not prepared enough, you may find yourself giving in during a weak moment at the break-room vending machine. But if you prepare yourself with daily meal plans and keep paleo-friendly snacks (such as nuts and gluten free paleo energy bars) on-hand at all times, you'll be less likely to give in.

Not Eating a Variety of Carbs

Another common mistake that people make when starting on a paleo diet is thinking of it as a no-carb diet; considering the body needs carbs for fuel, this couldn't be further from the truth. In fact, being on a paleo diet means getting not only a lot of protein, but a wide variety of carbs. It's just important to make sure that they're healthy carbs, such as those found in sweet potatoes, zucchini, broccoli, and many other vegetables. Always make sure you're getting enough carbs based on your energy level.

Seeing it as a Short-Term Diet

Finally, if you're only going on paleo as a means of losing weight and plan on stopping as soon as you reach your goal, you're probably not going to see long-term results. That's because paleo isn't a diet; it's a lifestyle that you need to commit to in order to see the best results. In the long-term, a paleo diet will lead to a healthier you and higher energy levels, which will probably result in a slimmer you. Most people on paleo diets have "cheat days" or "cheat  meals" from time to time, and that's okay. However, if you want to reap those long-term benefits, you should really be open to sticking with it as much as possible. 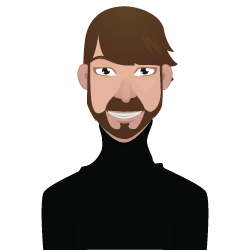 When you think about how you need to eat in order to lose weight, what comes to mind? If you are like most people, you might focus on skipping that dessert or eating less of your favorite burger. Unfortunately, diet isn't always about what you take out, it is about what you decide to ingest in the first place. For example, even if you control your calories, it might be hard to get the nutrition that you need from those fries or that milkshake. I have been focusing on healthy eating for a few years, and it has made a huge difference in my life.